What is Ability Test? 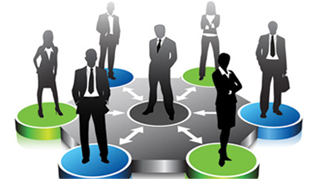 The team of experts at MapMyTalent has been reminding you time and again to take the MyTalent Abilities Test… Some of you would have already taken the test while some of you would be contemplating what this test is all about. Well worry not coz help is at hand. I am going to explain to you everything that is to know about the MyTalent Abilities Test!

My Abilities is a scientifically designed test meant for helping students choose their stream and it also suggests indicative career. It tests your potential and ability to do well in a stream and career. The questions have been designed in such a way so as to check your ability to learn and perform in a particular task. For example: If you do well in form & perception, then design career is good for you. If you do well in verbal ability, then management career is good for you.

The test measures your inborn natural abilities. These abilities are divided into 6 different kinds which include –

Through this analysis of abilities, a report is generated designed exclusively for you that specifies the most suited stream and career choice for you. The report is based not just on scientific facts but also on an in-depth study and analysis of each person’s inherent strength as well. For example: If a person has good form perception ability but lacks language and verbal ability then his designs will be good but he will not be able to communicate the concept of the design with the client which will not help in solving the clients’ problem, therefore, the career of a designer might not work best for him.

So what are you waiting for? Go ahead and take the Ability Test RIGHT NOW!