I Have Failed In My Exams - What To Do Now? 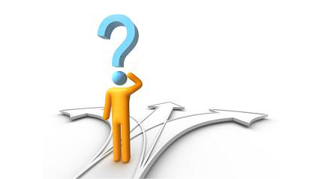 At such a time, statements like these often sound like sermons. But these are words from people who have experienced failure several times and it did not dishearten them. Rather, it made them all the more determined to succeed.

These famous words are from Thomas Alva Edison, heralded the inventor of the practical incandescent bulb. Today the incandescent bulb is rapidly being replaced by LED lights. Does that mean Edison failed? Obviously not. Someone perhaps found a better way to light up our homes and save a lot of electricity in the process. It may not be wrong to say that had Edison been alive, he probably would have been as proud of LED lights because it was his work that led someone to do better.

Still not convinced? Let us talk of someone contemporary. She has written books that most of us love to read. Those of us who are not bookworms have seen the movies based on her books. She has probably earned billions from sale of her books. But life was not this rosy for J.K. Rowling. She has written a few of her now famous “Harry Potter series” in a café surviving on espressos and living in poverty.

So what if some famous person failed? How does it make a difference to me?

Their failures only go to prove that setbacks did not stop them from being great people and doing great things. That they have lived ordinary lives like us and have faced many a problems like we do, sometimes even worse.

Henry Ford, the father of assembly line production and the maker of the “affordable car”, who was fired from his first job and failed with two other companies before he became successful with Ford Motor Company, said: “The only real mistake is the one from which we learn nothing”.

And that is what it is time to do. It is time to introspect and learn from the setback that you have received.

What did I do wrong?

Rather than wallow in self-pity, it is time to objectively evaluate the failure. So pick up a pen and paper or open that Word document and sit to write down what you think went wrong.

Did I not prepare well enough? Was I distracted? Do I find the subjects difficult? You will realize that the answers come quite easily in retrospect.

If you know that you did not study well, it is obviously time to make a more effective study calendar and use all resources possible to do better.

But more often than not it is a matter of finding the subjects too difficult to attempt. Often peer/parental pressure, lack of information, lack of clarity about one’s aptitude etc may lead a person into choosing a career path that is not well-suited. This results in poor performance; a lack of interest, in most cases a guilty conscience and lowered self-esteem.

How do I right the wrong?

Okay. So I know what is wrong. But what do I do about it? I have spent “x” number of years and invested “x” amount of money in this.

It is difficult to accept and let go of something that you aimed to do. But it is alright to have wasted a few years and some money rather than suffer a lifetime of work-life frustration and performance issues.

How do I know what to do next?

What should I do now? What if I fail again?

Not all of us are born knowing what will make us successful in life. Not to worry! Leave it to the experts! Career counselors who conduct scientifically designed aptitude tests help you map your aptitude to possible career paths that suit you.

While the aptitude test helps you understand broad areas that you are likely to do well in, a personality test will help determine what within those areas will you do best depending on your personality type.

All it takes is sound career advice from the experts. If you choose a career path that aligns with your aptitude, interest and skills then both studying and subsequently working comes easy. A person who is confident of his/her work is more likely to take risks, innovate and contribute fruitfully.

Who knows we may be reading about you in the papers next. ;-)